The SKS was started as a student group at NC State in 1989, and it soon established charters at UNC-Chapel Hill and Duke University in the early 90’s. Each chapter was either directly or indirectly overseen by August Turak or another adult member of the SKS during this time.

Because student organizations fall under the university’s tax-exempt status, each student chapter could receive donations for their activities. Each student group received its own university account and could apply for university funding, etc. These SKS student groups hosted many events over the years.

As a group of adults formed to meet regularly and work with August F. Turak, they established weekly dues and created a group bank account that existed to collect the weekly dues and to fund any off-campus projects. 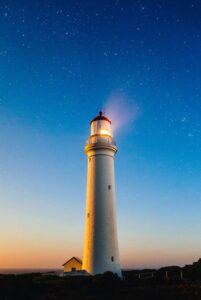 In 1999, the SKS incorporated the Self Knowledge Symposium Foundation (SKSF) as a 501 (c) (3) non-profit spiritual and educational organization. The SKSF established bylaws and created a board of directors in 2000. These bylaws require that the SKSF board of directors have one annual board meeting.

The Self Knowledge Symposium Foundation (SKSF) is a spiritual and educational foundation formed in order to instruct the public on subjects useful to individuals and beneficial to organizations and communities. We present a wide variety of programs and viewpoints to the public so that they will have sufficient possession of pertinent facts to permit both individuals and the public to form independent opinions and conclusions. The organization is organized exclusively for and will continue to be operated exclusively for spiritual and educational purposes.

The SKSF’s educational purpose is served by encouraging people to discover methods and techniques for examining their lives, thereby creating a space in which they can form personal strategies for pursuing more meaningful lives. The aim of all SKSF activities is to improve the quality of life for people and communities through the pursuit of self-knowledge. The primary methodology for carrying out the SKSF’s educational purpose is through writing, seminars, lectures, speaking engagements, keynotes, and other similar programs.

Dr. Will Willimon, the former Dean of the Duke University Chapel, is a theologian and bishop in the United Methodist Church. He is currently Professor of the Practice of Christian Ministry at Duke Divinity School. Dr. Willimon said that he will never forget the day that August Turak came striding into his gothic office in the Duke University Chapel over twenty years ago.

That day, Dr. Willimon recalls, is the day that he encountered one of God’s most curious, surprising, and challenging creations—Augie Turak. Intense yet warm, disarmingly direct but unthreatening, both reflective and passionate. Dr. Willimon has met many people over the years; very few were as unforgettable.

In a few minutes, Dr. Willimon heard how Turak, while earning a college degree, had recklessly read himself into the wisdom of Plato, Aristotle, Aquinas, Pascal, St. John of the Cross, Huang Po, and anybody else who might help him get to the bottom of life’s meaning and purpose. Later, even as a businessman and successful entrepreneur, Augie had never abandoned his quest for Plato’s life worth living. That is when Augie told Dr. Willimon that he felt called to pass on what he had learned to college students so they wouldn’t “get college but miss wisdom.”

Soon, Augie founded the Self Knowledge Symposium (SKS) to help students “learn how to live a life of meaning and purpose.” From North Carolina State University, to Duke University, to the University of North Carolina at Chapel Hill, the SKS spread like wildfire. Dr. Willimon recalled one of the most memorable teaching experiences of his life was spending an evening with Augie’s SKS students at the University of North Carolina. His speaking invitation read: “Share what you have learned about life and God.” A few months later, three hundred students listened attentively, and then eagerly bombarded Dr. Willimon with questions for the next three hours. At eleven o’clock Dr. Willimon recalls finally pleading, “I’ve got to go home. I’m too old for this much intellectual intensity!”

Dr. Willimon described the SKS as the organizational embodiment of Augie’s character: Socrates on steroids.